A hat-trick of terror.

Achoo! Oh, goodness, please excuse me: it seems the dust of ages has been allowed to settle on this blog once again. But relax, dear reader, and do not fear, for the arrival of a brand new book warrants some words of celebration. Look upon the glorious cover below, and rejoice!

Hooray hooray for book number three! THE GENIE RINGS is officially released in Australia today, ready to torment readers with a tale of dark magic, wicked sorcerers, and surprisingly helpful scorpions. Huge thanks to @doodlingshep for providing such fearsome illustrations – although with a cover this scary, I'm worried the book might send customers running in the wrong direction… . #thewitchinghours #bookstagram #middlegrade #spooky #genie

The Genie Rings is the third book in The Witching Hours series, but it feels like a first in a number of ways. It’s the first book in the series to be set outside of Europe (the story takes place in Iran), and it’s also the first book not to be inspired by European folklore. Instead, book three takes its cues from a very different source: the wonderful collection of Middle Eastern fairy tales known as The One Thousand and One Nights.

Now, I didn’t read all one thousand and one stories – I’m not sure an authoritative edition of that many stories actually exists – but I can report that taking notes on this book was an absolute delight. Some of the stories are already very famous (Aladdin and the Enchanted Lamp; Ali Baba and the Forty Thieves) but as I scoured the text for mentions of genies, I found many hidden gems scattered throughout. The Fisherman and the Djinni tells the story of a poor fisherman who catches a copper jar in his net, and who unleashes from within a genie with a “mouth as wide as a cavern, with teeth ragged like broken rocks”; the genie from this story is so perfectly frightening that I quoted some of his dialogue in The Genie Rings as a sneaky homage. The Tale of the Second Dervish is even better, telling the story of a prince who makes an enemy of a wicked genie named Jerjees, and who ends up being transformed into an ape by the genie’s evil spell. The story is filled to the brim with magic, murder, and mayhem, and it even has a secret witch, which is definitely my favourite plot twist of all. Hopefully I’ll be able to tell you more about this witch in a future blog post, but for now, I’ll just leave you with the hilariously chilling scene where the princess finally reveals her abilities to her father:

“How do you know he is bewitched?” asked the King, turning to his daughter.

“Father,” she replied, “when I was a child I had an old nurse, a skilled enchantress deeply versed in sorcery, who taught me witchcraft. I have committed all its rules to memory and know a hundred and seventy codes of magic, by the least of which I could raze your city to the ground and scatter its stones as far as the Mountain of Kaf, turn your kingdom into a bottomless sea, and change its people into wiggling fishes.”

The third WITCHING HOURS book will be arriving very soon, so here's a throwback to the research trip I took to get the desert scenes just right. Will Anna and Max survive their journey into a crumbling desert citadel? Tune in on August 1 to find out! (I hope they will, or else book four might be a bit of a downer.) . #thewitchinghours #pyramids #sahara #camel … . Note: Book three is NOT set in Egypt – but when it comes to desert research trips, the Sahara is hard to beat!

And so, with all of those tales swirling about in my head, I set about composing a new adventure for Anna and Max to embark upon. At first I thought the book might be set in a city, as so many of the Arabian Nights are; but it soon became clear that a desert would be scarier, with the endless, empty plains extending out around a lonely campsite. I based the whole story around a riddle, because I like riddles, and I made sure to include some old stone ruins, because I like those as well. The hardest thing of all was writing a horror story without any forests: a deliberate challenge to myself, as books one and two had featured numerous descriptions of sinister trees and creepy wooden fingers. Luckily, poems like “Ozymandias” showed me that the desert can be Gothic as well, and I truly believe that readers will find this new setting just as frightening as its European counterparts.

Anyway: I finished writing the story. I sent it to my publishers, and they worked their magic, and then Dave Shephard came on board and drew us some of the scariest genies I’ve ever seen. You can find this spooky book in Australian bookstores right now, lurking amongst the darkest shelves, terrifying all of its neighbours. If you’ve followed Anna and Max this far, I really hope you’ll enjoy book three as well.

And that’s all for now. Happy witching!

(Actually, one more note! If you’re keen to read some of The One Thousand and One Nights, you can follow the links embedded in this post – but be aware that those are the old translations by Sir Richard Burton, which are slightly archaic. I recommend picking up the Penguin edition translated by N. J. Dawood – it’s much zippier!)

This is the personal blog of JACK HENSELEIT, author of middle-grade horror series The Witching Hours. My new pirate series Cross Bones (with illustrator Chris Kennett) is available in Australia NOW! 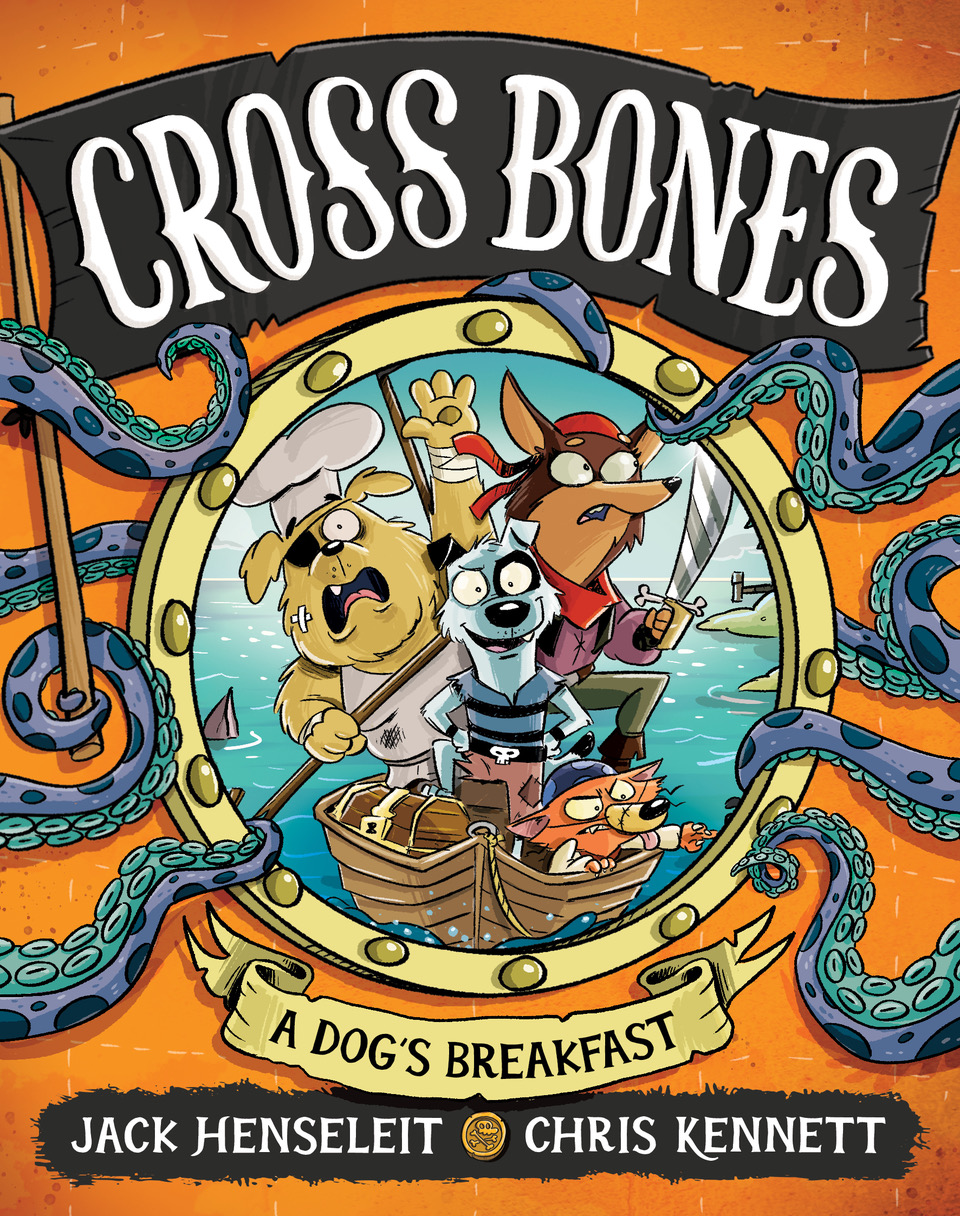