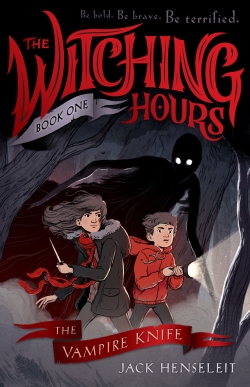 The Spiderwick Chronicles meets Stranger Things in this thrilling new series for only the bravest of readers.

Anna and Max love scary stories – but when the children find a mysterious knife on a dark and stormy night, truth soon becomes stranger than fiction. Left alone to explore a creepy Transylvanian inn, the children discover that something evil is lurking in the trees – and it just might have a taste for human blood.

When Max goes missing, it’s up to Anna and her new friend Isabella to rescue him. Setting out in the dead of night, with the storm howling around them, the girls will face peril after peril. Only one thing is certain: even if Anna can find a way to rescue her brother, Max will never be the same again …

The Vampire Knife is the first book in The Witching Hours, a spine-tinglingly spooky new series by Jack Henseleit for readers 8+. 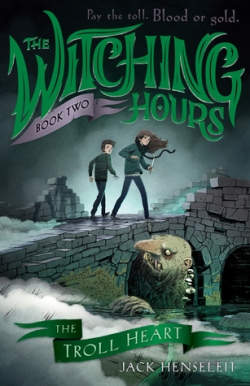 The terrifying second instalment in The Witching Hours series!

After their adventures in Transylvania, Anna and Max just want to stay out of trouble – but trouble has other plans. The Professor is taking them to the cold and foggy fields of England, where a new mystery is already afoot. A small boy has vanished near a strange and mysterious river, lost without a trace.

Armed with her magical white knife, Anna is convinced that another monster is behind the boy’s disappearance. But when the sinister secret of the river is finally revealed, will she and Max be able to save the missing boy – and themselves?

Available in Australia from February 1, 2018. 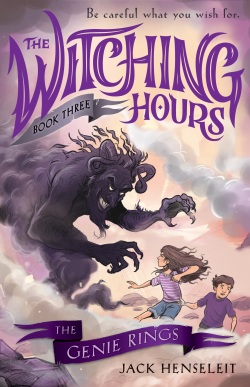 The perilous third book in The Witching Hours series!

On their next adventure with the Professor, Anna and Max are journeying to Iran. A mysterious ruin has been unearthed in the desert: a citadel of sand and stone, built by a great sorceress of ages past. The Professor is searching the ruin for the ending to an ancient fairy story – but for Anna and Max, a dangerous new tale is just beginning.

A sinister figure has been stealing information from the desert camp, trying to uncover the lost treasure of the sorceress – which might be a powerful fairy weapon. Stranded in the desert, Anna and Max must ensure the terrifying treasure stays hidden – or else a monster of epic proportions could be unleashed … 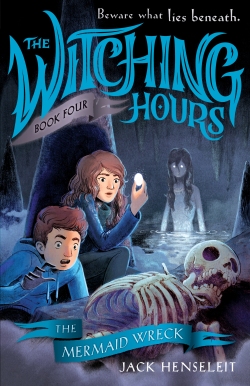 Stuck in a leaky beach house by the Australian seaside, all Anna wants is a holiday – but in the shadowy ghost town of Mermaid’s Purse, something strange is going on. A famous explorer has gone missing, leaving behind their research about a long-lost shipwreck: a wreck that may be hiding a dark secret.

In the midst of a violent gale, Anna sets out to explore the town, sure that Max and the Professor will be safe indoors. But with a weird voice calling out to her from across the sea, and a network of cobwebbed tunnels running beneath her feet, Anna is about to learn that this ghost town might not be as empty as it seems … 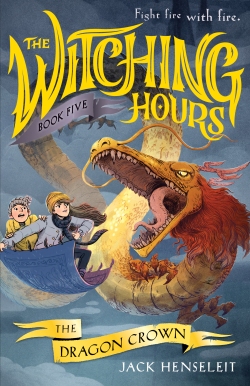 The fifth spine-tingling adventure in The Witching Hours series!

Something wicked is stirring beneath the icy mountains of China, and Anna and Max are determined to discover what it is. Earthquakes are shaking an ancient village, while bone-chilling roars and flashes of fire burst across the sky. The siblings are sure another fairy monster has awoken – but this time, they’re not the only ones who know.

A strange man has been making trouble in the mountaintop village: a man Anna and Max have met before. But with rumours of the monster’s vast treasure cave spreading fast, the children will have to decide whether to side with their old foe, or seek out the monster on their own …

Available in Australia from October 1, 2019.

Available in Australia in 2020.

This is the personal blog of JACK HENSELEIT, author of middle-grade horror series The Witching Hours. My first five children's novels (The Vampire Knife, The Troll Heart, The Genie Rings, The Mermaid Wreck, and The Dragon Crown) are available in Australia now! 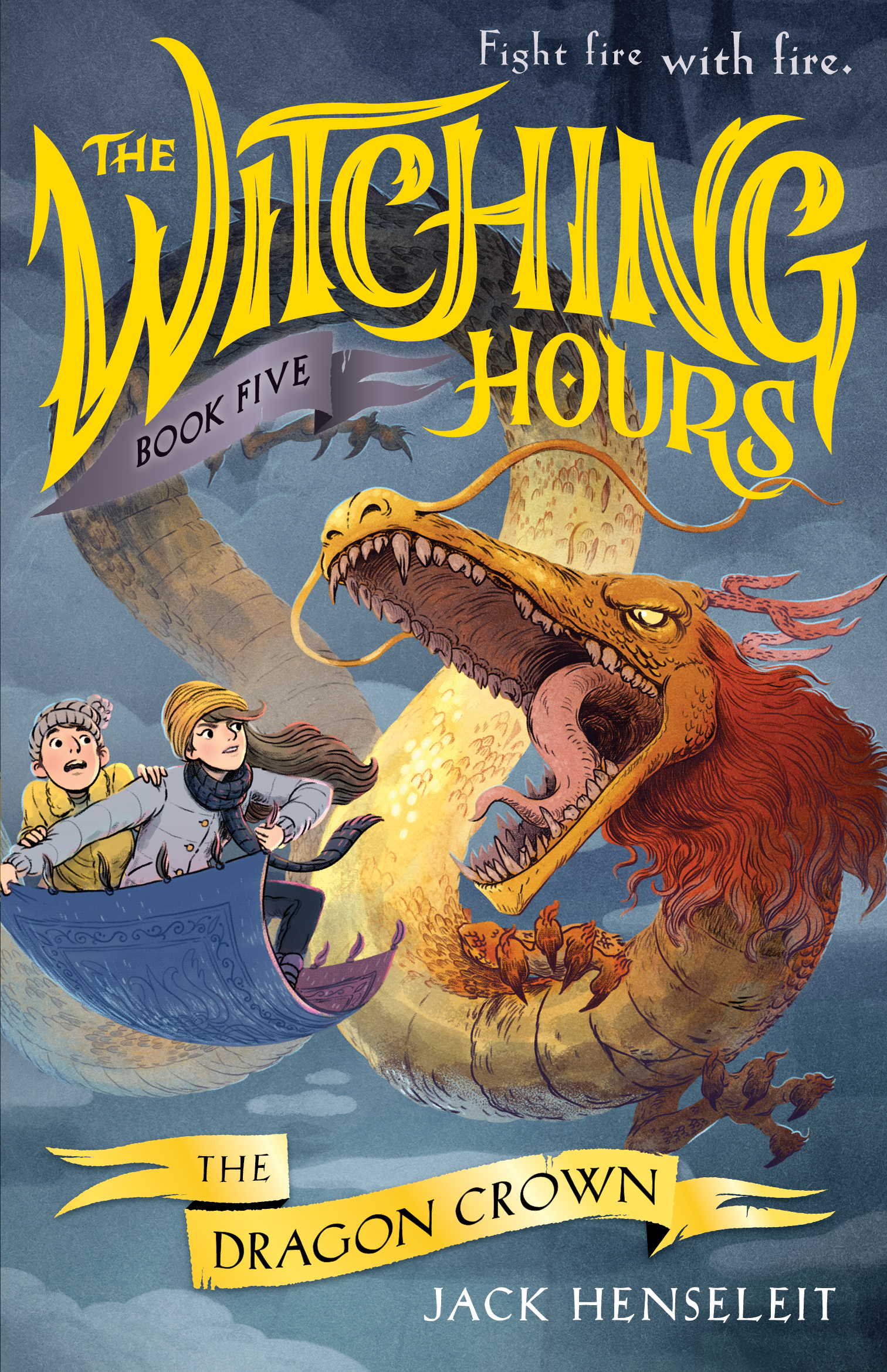